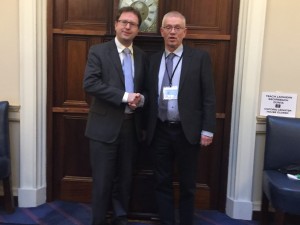 I attended the conference of the Irish Science Teachers Association in Maynooth approximately six months ago where I again heard a call for greater emphasis on STEM subjects, a greater input into STEM teaching and a greater number of STEM graduates to enter the system.

I also met representatives of the Institute of Physics who had similar concerns. The issue is manifesting in a scenario where many science subjects are being taught by teachers whose primary degree may not have been in that particular science subject. For instance, a lot of biology teachers may be teaching physics or chemistry, which some refer to as the physical sciences. This is not ideal for a number of reasons. We also see gender imbalance. We see less of the physical sciences being taught in some girls-only schools. In some schools, these subjects are not even being offered. A lot of this links back to the difficulty we have in retaining or attracting STEM graduates into the profession at present and, despite numerous reports, the lack of action from Government on it.

The equality of an education system can never exceed the quality of its teachers. Many Irish graduates and teachers are now travelling abroad. They may be working as interpreters in European Union positions etc. As a result of the course change, a difficulty is expected to arise soon in the teaching of home economics. 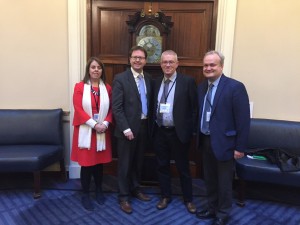 There may be an opportunity to collaborate in a pilot initiative involving some of the teachers in institutes of technology who have Teaching Council numbers and would be qualified to teach in secondary schools. I believe that video-link technology is making that available in some schools already. These ideas need to be explored urgently to address the gap.