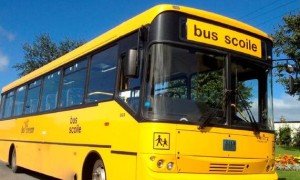 I can confirm that Minister John Halliagan has given a promise to investigate the situation of school transport from Johnstownbridge, Kilshanroe, and the wider area to Edenderry’s St Mary’s and Oakland schools.

Following the fiasco which has left many without school transport last September I have this week met the Minister to lobby on behalf of parents who had been left driving or making other arrangements to get their children to school in Edenderry. If at all possible, this must be avoided for the upcoming academic year.

This is wholly unfair on parents and pupils alike. I brought a number of individual cases and the wider issue to Minister Halligan as part of a private meeting I held with the Minister, directly about these students. The Minister explained to me the reason why problems happened last September and I have received assurance from him he would personally look into the matter to try prevent any difficulties for the upcoming academic year.