Almost twelve months ago I set myself a goal of securing recycling banks for Sallins. I’d been irked for years that we had none so I decided to go and do something about it myself… 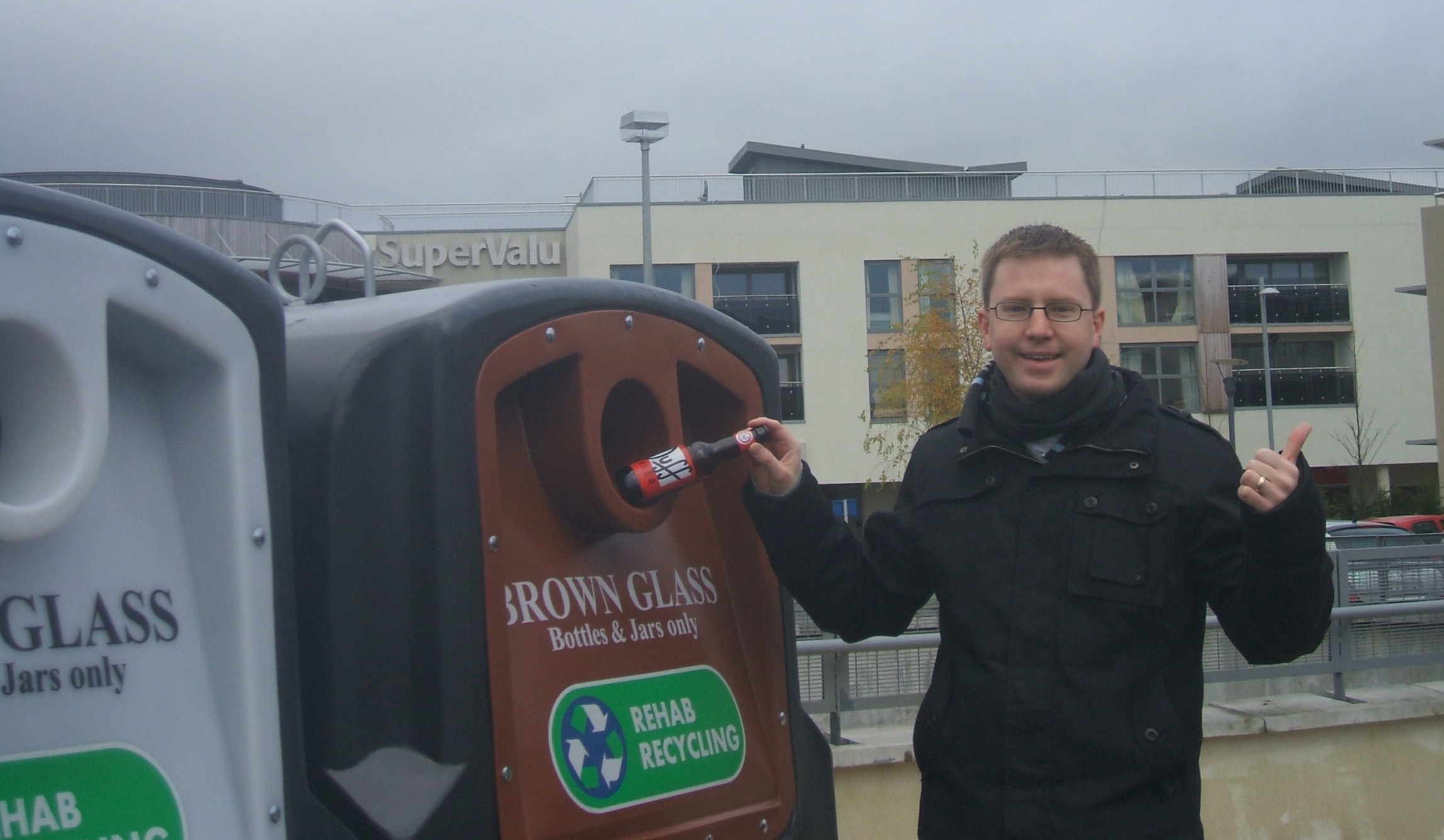 Testing the installation with a bottle of Duff!

I always believe in making things happen, that nothing is impossible and that a little will and determination goes a long way so I set about making enquiries. Now I could never have guessed exactly how complicated the process would be but to cut a long story short there transpired to be a myriad of regulations and red tape to be satisfied, not to mention a suitable site and benevolent site owner to be identified before things could get underway.

Eleven months, many meetings, many phone calls, and a lot of paperwork later, we were ready to go, and last week we crossed the final hurdle allowing the call go out for Rehab to install.

Credit to SuperValu Sallins who were positive from the start, and also GK Developments (who own the complex) for facilitating the initative and engaging in the process. And a big thanks to Dara Wyer, the county environment officer who shared my enthusiasm for the project and helped bring it all together.

End result – we now have bottle banks in Sallins and I used them this afternoon! I have to confess I am particularly pleased with this project as it is something I have driven from start to finish, from concept to conclusion, and has resulted in a very real, tangible benefit to the locality.

Whether I ultimately ever get elected to anything, it is things like this that make it worthwhile, making my area a better place to live – for me, for my family and for my community. And that is result in itself.

5 Replies to “Politics – the art of the possible”