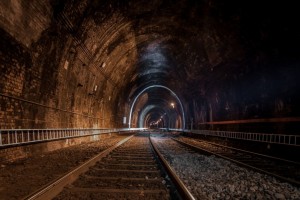 Inisde the tunnel this morning before the first trains ran through

It is welcomed news that  the opening of the Phoenix Park tunnel for their service from Kildare North into Pearse Street Station, Connolly and Grand Canal Dock took place this morning. This change will bring us commuters right into all the transport links in the Greater Dublin Area.

Since being elected to the Dáil, lobbying for the opening of the tunnel was my number one objective. It is a matter I have been working on for over ten years since I first entered public life. It is a credit to Irish Rail and the National Transport Authority (NTA) for working together on this project.

I look forward to using the service myself when commuting into the Dáil and seeing this change significantly benefit the residents in Naas, Sallins, Maynooth, Lexilip and Kilcock.

This news comes shortly after I was delighted to announce that following meetings with the NTA they have reduced rail fares for commuters in Kilcock and Naas/Sallins by up to 50%. I am continuing to lobby for better commuter services for all residents in Kildare North.