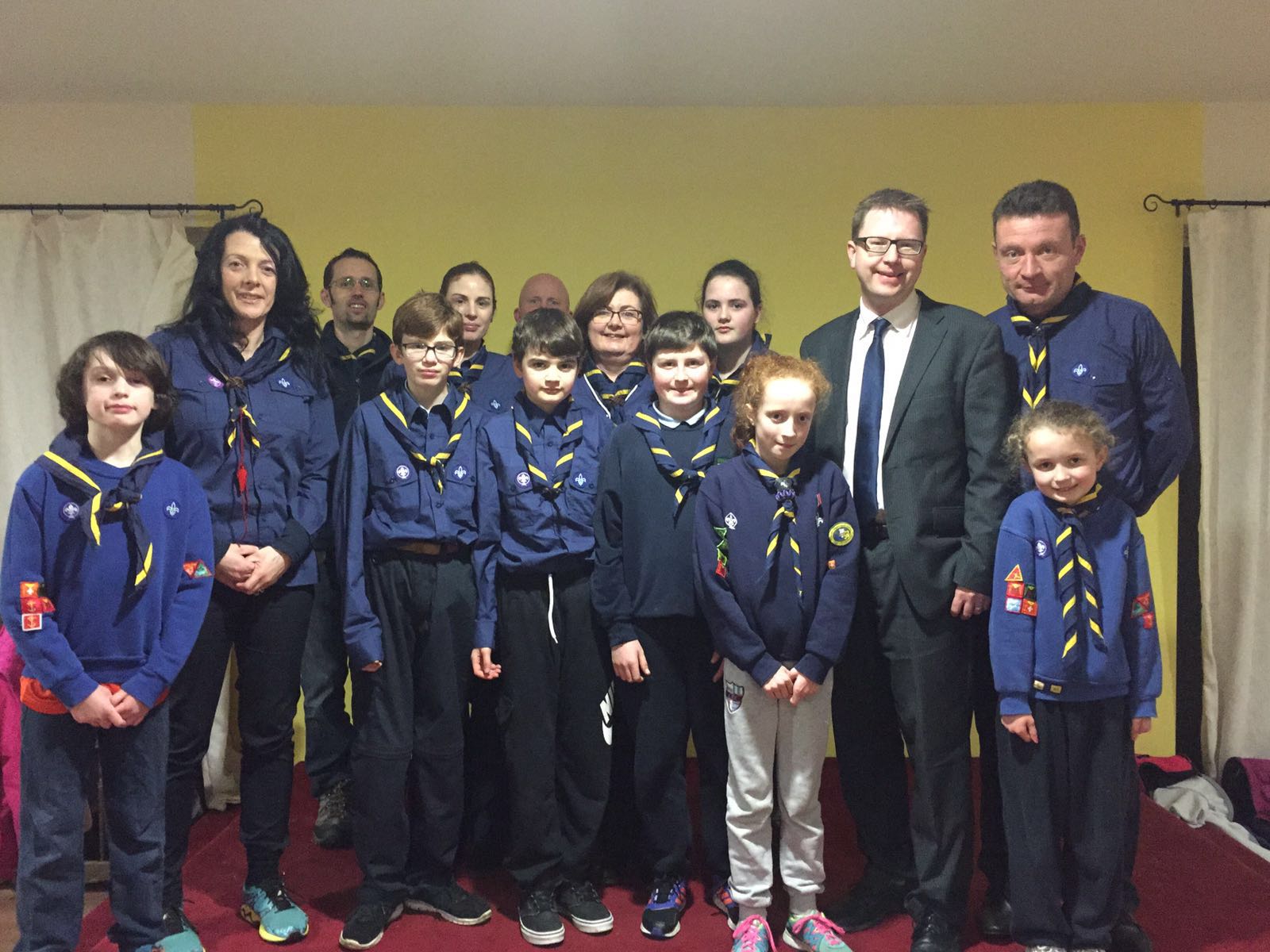 Together with members of the Kill scouts group and their scout leader Clem Gavin.

The 6th Kildare Kill scouts group have been nomads for years until the recent news that we’ve been successful finding a new scouts den for them. The scouts group which has more than 130 members from Kill, Johnstown and Ardclough now has use of the community hall at St. John’s in Johnstown. I have been working on finding a den for the group over the last few years. Working with the hall owner, local residents and the scouts group and their leader Clem Gavin, we successfully came to an arrangement to allow the scouts group use of the St. John’s community hall. The scouts groups never had any proper home until now. This is welcome news for the 130 plus children and adults involved. This new den is a credit to all the parties involved, including the owner of the hall and local residents in Johnstown. I’m delighted I was involved to help to make this happen. 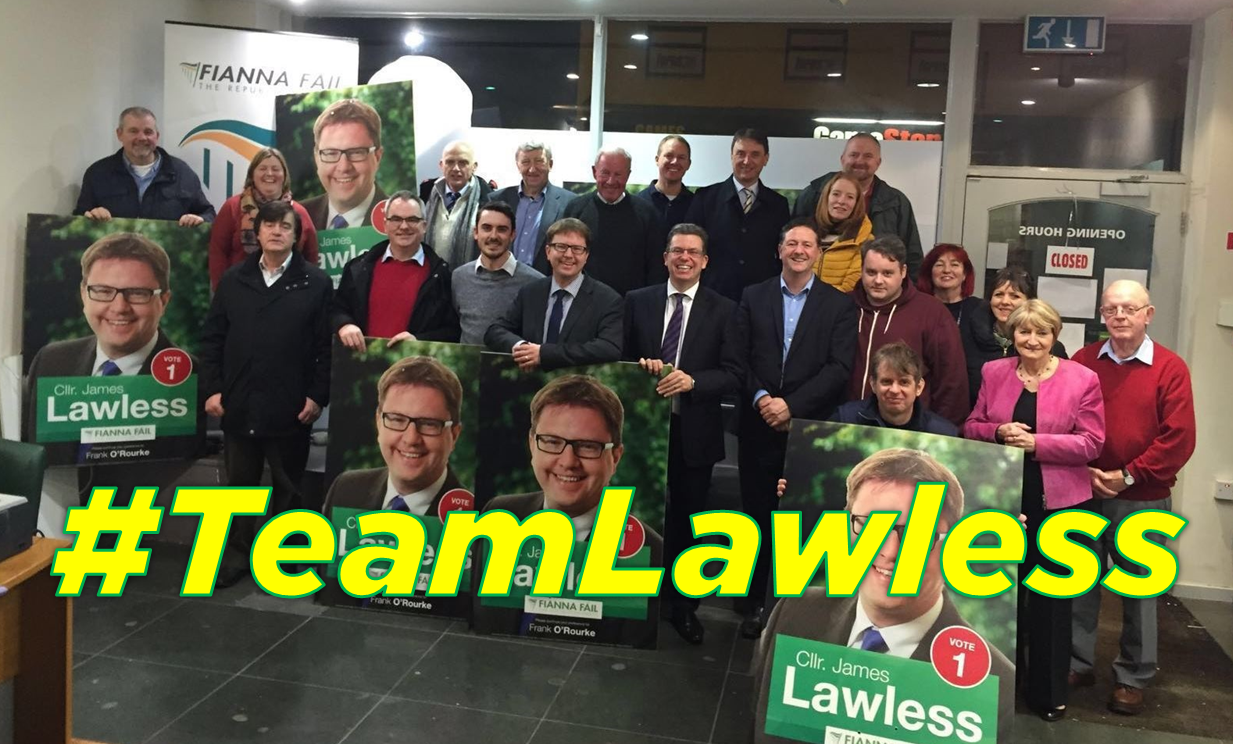 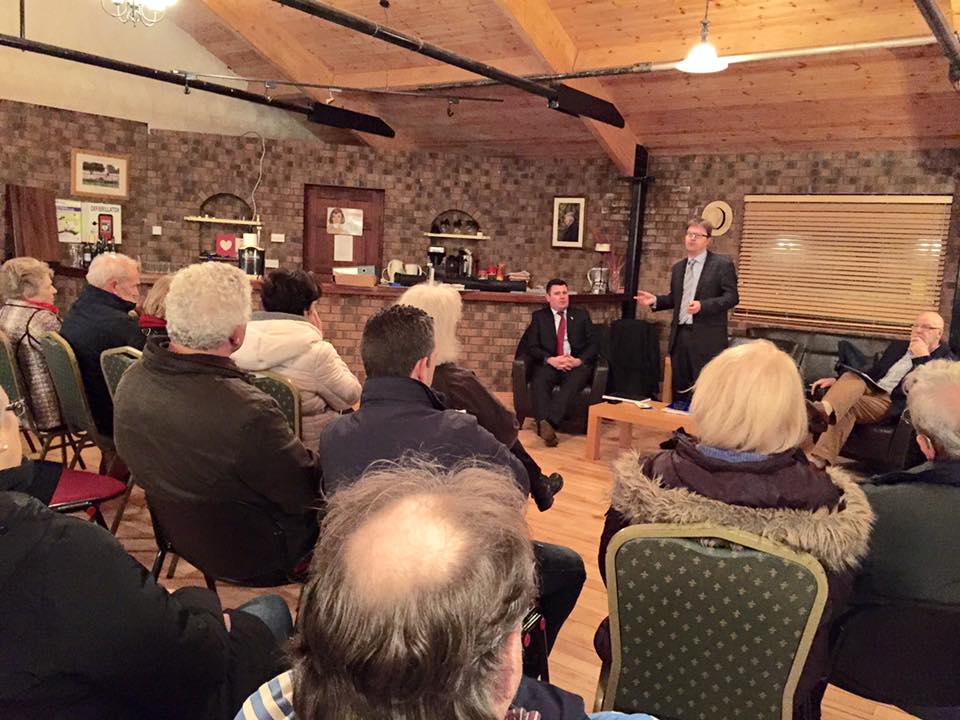 I chaired a really interesting and interactive meeting on Crime Prevention in Kilteel Hall on 28th January 2016. Guest speakers Jim Brady and Colin Connolly spoke about their personal experiences with burglary and crime. Jim is an ex-member of Defence Forces and had some great advice on avoiding burglary. Colin is crime prevention officer with the IFA and spoke about his Theft Stop initiative and gave some interesting advice on how to ‘mark’ your property. Rural crime has never been as great a concern as is now, and it is an issue which needs to be addressed and discussed frequently especially with our all time low Garda numbers here in Kildare. 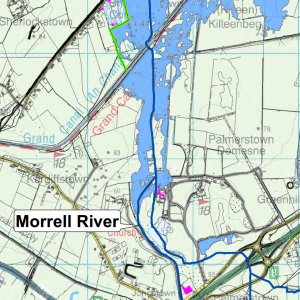 At the recent meeting of Naas Municipal District council, I asked for updates on the flood relief plans at Killeenmore. This follows from​ ​flooding of the Morell and Painstown rivers several times over the previous​ months​ and​ o​n a regular basis for the past several winters. This is a matter I’ve been raising for years now. We need a comprehensive flood relief plan for Killeenmore and indeed all effected areas along the Morell river. Repeated flooding has gone on far too long now and residents are continuously distressed.

The council responded to the matter saying it has submitted its report to the Office of Public Works. The report addresses the feasibility design and costs of such a flood relief plan for the area.​ ​​The council confirmed that a meeting is​ ​planned with​ ​the​ OPW in the next 3​ ​weeks​ ​to progress the matter. I asked the council to update local members at the February council meeting of Naas Municipal District.