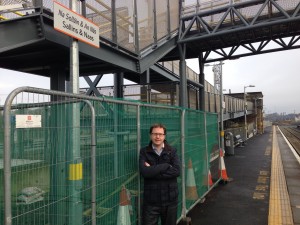 A new timetable on the Kildare line will come into use from September 10th. However, it has been confirmed that a new timetable with additional services via the Phoenix Park tunnel to Grand Canal Dock in the mornings and, crucially, in the evenings is incoming.

A new timetable is being rolled out from September 10th. You can see the changes by going onto the website and future dating your search. The changes seem fairly minor for commuters from Sallins, Naas, Celbridge, Hazelhatch but improved services are incoming.

Having engaged with Irish Rail I understand new services making use of the Phoenix Park tunnel are coming, most likely, in early December. Right now drivers are being trained following some industrial relations differences and will be ready for the new routes at the end of the year.

This is excellent news for anyone travelling from the south side of the city in the evenings that will be able to board the train at Grand Canal Dock, Pearse, or Tara Street Stations and travel straight home on the Kildare line without having to change trains. I will continue to provide updates and new timetables as I receive them from Irish Rail.