A new second level school has been given the go-ahead to be built in Millennium Park. The school will first open in Summer 2014 in time for the next school year at a temporary site in Craddockstown where work has already started. 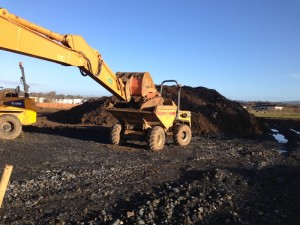 Work has already started at the Craddockstown site.

Meanwhile work on a permanent site will progress at Milennium Park where the new school buildings should be ready to open in time for 2015. The new school will be ran by the Kildare / Wicklow Education and Training Board (formerly known as the V.E.C.). The school is due to cater for 1,000 secondary level pupils and eventually will include a primary school too. Like all the secondary schools in Naas this new one will cater for a catchment across the town and also the outlying areas.

You can apply to enrol already. KWETB is accepting enrolment applications for September 2014. You can do this by:

Another contact is Patricia O’Brien, Education Support Officer at patriciaobrien@kwetb.ie / (045) 988 000.