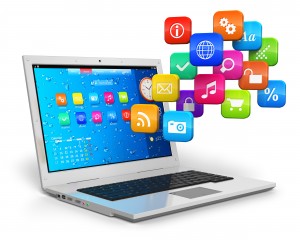 This piece was first published in the Liffey Champion on 17th September 2016.

When Micheál Martin asked me to become our party spokesperson for Science, Technology, Research & Development, I saw it as a reflection on my background – I studied Maths and Physics before training as a Lawyer – but it was also made clear that the party was aware of the presence and strategic importance of the multinational, high tech sector in Kildare North and that this was a factor in assigning me that brief.

In politics one can be lucky or unlucky and it is hard to say where I sit in terms of marking my opposite number in government, Minister Halligan.

Chasing a shadow would be one way to describe it as the Minister has spent most of the summer talking about everything but his portfolio with local issues in Waterford just the latest in a long line following on from water charges in June, abortion in July and Apple tax in August. When a Minister has to continually ask the Attorney General whether he should follow the line of government, one suspect’s things will not end well.

In any event while Minister Halligan may be enjoying the limelight, the sector underneath is of critical importance to the Irish economy and indeed to North Kildare and badly needs a strong champion at government. In the past summer we have had not one, but two era defining events. The decision of our near neighbour, Britain, to leave the EU coupled with the decision of the EU commission to retrospectively investigate and direct us to revise our corporate tax arrangements as far back as 1991, together create a period of great challenge and uncertainty.

The multinational sector is of course in the eye of both storms, as foreign direct investment has been the mainstay of the Irish economic formula for the past several decades ever since Lemass opened Irish trade borders in the late 50s and joined the EU shortly after. Ireland has competed very successfully in that time, and punched well above its weight for a small, geographically peripheral country on the edge of the European continent.

Our economic strategy recognised that globalisation and cheap labour from the developing countries would ultimately lead to a decline in manufacturing and that traditional industries like Donnelly Mirrors in Naas or the Leaf Gum factory in Kilcock would struggle to survive in the new world order. As such a concentrated effort was made to ensure the training of suitably skilled graduates in engineering, technology, life sciences and other technical pursuits to provide high end, “top of the value chain” employment which would be less susceptible to economic shocks in the long term.

Our educated workforce is a critical component, our English speaking population and our presence within the Euro and EU zones enhance the offering and our 12.5% corporate tax is of course highly relevant also.

All of this has led to the emergence of a highly successful multinational sector which not only provides hundreds of thousands of jobs throughout the state but has multiple spin-off benefits in terms of secondary economic uplift, tax revenues and local economic stimulus in every region affected. At the last calculation multinationals contributed 80% of our corporation tax receipts on top of 187,000 people directly employed by foreign direct investment firms and another 200,000 indirectly.

North Kildare is at the forefront of this with Intel, HP, Pfizer and Kerry Foods being just four examples of the world class scientific and research activity taking place within the county. Not only do these firms employ tens of thousands of Kildare residents but they are the highest rate payers to Kildare County Council, they pay PAYE & corporation tax to government at national level and they all engage their neighbouring communities through a variety of outreach and support programs. Their employees similarly live and spend in Maynooth, Celbridge, Leixlip, Naas and all the surrounding towns and the secondary economy sees huge gain. Thousands more commute from Kildare to work in such firms in the city.

All of this is put at risk by recent developments and the sector and the economy need a Minister who is dedicated to the brief and free from distraction. Our universities unexpectedly slid down the international league tables last week as Trinity, UCD and Maynooth all saw their places drop on the world wide index. N.U.I. Maynooth is of particular importance to North Kildare and the surrounding industries. I have met and discussed such issues with N.U.I.M. President Phillip Nolan and have been consistently impressed with the innovation and commitment shown to producing quality graduates with modern skills. Nonetheless the rankings slide is a concern that needs to be studied by government.

The advent of BREXIT provides both challenges and opportunities. Ireland must aggressively place itself in the market for any industries relocating out of the UK but still seeking a place in the English speaking euro zone. We need to be very much in the hunt for such business. Inversely the Apple tax ruling has led to a reversal of that trend with UKIP’s Nigel Farage barely containing his glee as he called on Irish based multinationals to relocate the other direction and be “free from EU interference”. The battle is on and Ireland’s sovereignty and economic fortunes are at stake.

Ireland now needs a Minister who will place Science, Technology and R&D firmly in the spotlight and will support and champion the sector. Multinationals already in the country require certainty and assurances about their long term positioning and those considering coming in require solid signals that their needs will be met in terms of graduate intake, fiscal certainty and support at every level of government. There can be no ambiguity about Ireland’s offering or about our benefits to international employers. Our university sector needs solid support in terms of funding, government attention and a policy to promote best in class research which will in turn attract both high capacity individuals and their teams here.

In terms of our graduate output we need to consider how best to meet the demand for STEM (Science, Technology, Engineering & Maths) graduates of the sort that can make Ireland the European Silicon Valley. Our leaving cert. points system may be overly simplistic in not considering interest or compatibility with courses leaving to mismatches which see high dropout rates in STEM courses whilst individuals with perhaps lower points study other areas because they cannot gain entry.

When Google or Twitter have to recruit engineers from overseas (as they often do currently) we need to examine what gaps still exist. Gender is also an issue with males still disproportionately making up the intake in STEM courses; something I noticed first hand when my daughter was the only female attending at a local “coder dojo” course. I am currently working on a pilot to increase the take-up of STEM at second level and we may yet see an enterprise, digital school in Clane.

The Apple tax was “fools gold” and appealing is essential to protect our fiscal sovereignty as much as to stave off the multiple claimants. We have already moved forward with taxation and became the first OECD country to produce an approved “knowledge box” device last year which allows R&D tax breaks for high end work taking place on our shores.

It is hard to imagine Kildare without the presence of multinationals in our county, without the nearby Dublin draw for commuters or without the constantly expanding and improving campus at University of Maynooth. Yet none of this happened by accident and serious focus is needed to keep it on track. The events of the next twelve months are pivotal to our economic future and I will certainly be holding the Government to account. Hopefully we will have a Minister that can concentrate.