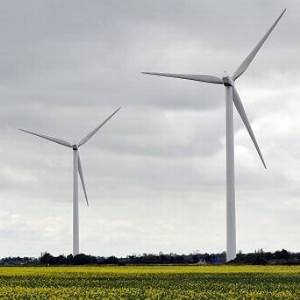 At yesterday’s full meeting of Kildare County Council, the Fianna Fáil group pushed through a motion calling for a minimum setback distance on wind turbines of 10 times tip height, to be incorporated into the county development plan and applied to future developments including the Maighne wind farm, application for which is being made for dozens of turbines in North West Kildare. Whilst the motion is controversial and was resisted by officials, we felt it was imperative we send a strong signal to the industry that the proposals are not acceptable and to government that we will wait on the guidelines no longer.

When I proposed a similar motion last year we were told government guidelines on wind energy were imminent and a motion a year earlier got the same answer. The guidelines have been “imminent” now for at least two years and the government need to get cracking on producing some results.

I am delighted the Fianna Fáil group drove through this motion and have now laid down a real marker for industry and government.

Full Motion Text as below:

“In light of the fact that the Government has not produced their long awaited strategy document on wind energy, that the council move within a period of one month to tighten up its policies with respect to large scale industrial wind development and incorporate into its development plan, a minimum set-back from a residence of 10 times the height of the turbine. At present the Kildare County Development Plan 2011-2017 is very liberal with respect to wind energy, effectively opening up all of the county to wind development of any scale, small or large. If these proposed developments were to happen, it could have serious impacts on tourism, the bloodstock industry, property values and landscape in general, aside from possible health impact.”

The motion was passed with 19 voting for, 11 against and 7 abstentions.