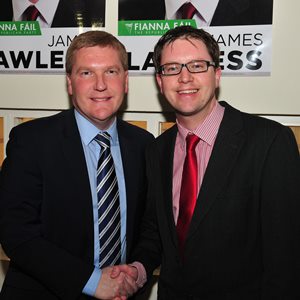 I’ve echoed calls from the Fianna Fáil finance spokesperson Michael McGrath TD ​for​ banks to introduce meaningful cuts to their standard variable mortgage interest rates ahead of the 1st July deadline issued by the Minister for Finance. The exorbitant rates charged on standard variable rate mortgages is something Fianna Fáil has been highlighting for months now. I also had a motion passed about this at the party’s Ard Fheis in April.

​With only a few days left to the 1st July deadline, the response so far from the banks to Minister Noonan’s request for lower rates has been nothing short of pitiful. The likelihood now is that some minimal changes will be announced in the next few days in the hope the cry for lower rates will go away.​

​According to Northpoint Mortgage,  Kildare many homeowners are paying variable rate mortgages twice the EU average. These people are being unfairly squeezed by the banks to pay for the losses on other loans. Minister Noonan only agreed to press the banks for variable rate cuts following sustained pressure from Fianna Fáil. He now has to deliver​ as the deadline agreed is now imminent.​ This is why Fianna Fáil believes that legislation is required to give the Central Bank the power to intervene ​when certain mortgage holders are being unfairly penalised by their lenders.​