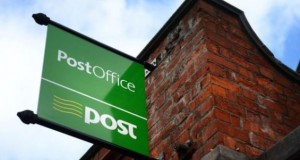 I am becoming increasingly concerned about plans for the future of post office services in Ireland.  Reports today suggest that more than 200 post offices are earmarked for closure under an An Post restructuring plan. If this plan is implemented, it will have serious repercussions for communities in rural Kildare and nationally.

The scale of the closures being reported today is frightening and will further accelerate the erosion of rural communities, which has become the hallmark of this Government.  Minister Naughten presents himself as a champion of rural Ireland but he is presiding over the demise of towns, villages and communities across the country.  The rollout of broadband has been abysmal, roads and infrastructure projects are at a standstill and now we are faced with the threat of more than 200 post office closures.

Fine Gael and its Independent colleagues must get their act together and begin implementing measures to address the seriousness of this situation.  They must come up with a plan to protect and support the post office network.

Post Offices are much more than a business model; they are the lifeblood of countless communities, particularly in rural areas. They are the nucleus of many villages, around which other services emerge and grow.  They are a meeting place for older people and people living in isolated areas and act as a hub for people to catch up on local news.

If we want to stem population decline in rural Ireland, we must protect existing services and plan for the future.  Minister Naughten has failed to do this and the situation appears to be deteriorating rapidly.  The closure of 200 post offices has the potential to further decimate communities.  The Government must intervene to ensure that this drastic measure is halted.

The time has come for Minister Naughten to live up to his promises on rural Ireland – he, along with his Government colleagues, must come up with a comprehensive alternative to this austere proposal, which if implemented, would be the final nail in the coffin of rural Ireland”.