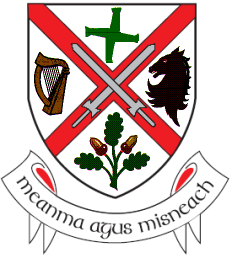 On Friday 23rd May you will have the opportunity to elect new councillors to Kildare County Council. This opportunity only comes around once every five years. It will determine who will represent you in the council chamber until 2019. These councillors will be responsible for deciding the course of local government policy across Kildare during those years.

This year, the local elections in Naas will be different than in previous elections. In Naas town and surrounding areas, you will be represented by 9 county councillors who will form the new Naas Municipal District Council – a sort of sub district of Kildare County Council. There is a new structure brought in by the Government. It represents a radical change from what we would be familiar with. The main difference in 2014 is the abolition of Naas Town Council. Local government for Naas will now fall under the authority of Kildare County Council.

I will be contesting these elections and will hope to take one of the nine seats on offer in the Naas area. As many of you know, I have been actively involved in the community for the past 6-7 years. I’ve been involved in matters such as the commuter lobby group NASRUG, taking-in-charge applications throughout Naas and Sallins, setting up local crime prevention initiatives and in recent years working with local businesses and setting up new business associations.

There is a limit to what I can achieve just as a citizen, if elected to Kildare County Council in 2014, I will be able to develop these issues further by having a seat in the council chamber. Over the coming weeks I will be asking voters for their support on election day. I look forward to meeting you during the campaign and hope you will give me your number 1 vote on May 23rd. As always, I’m just a phone call or an email away – don’t hesitate to contact me.