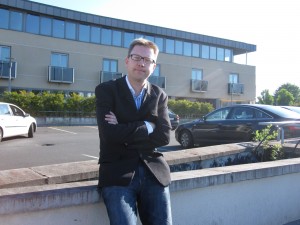 Local Representative for Sallins, James Lawless, has lashed out at An Bord Pleanala and Kildare County Council for refusing permission for a change of use from hotel to nursing home in the Waterways complex, Sallins. “What was being sought was a change of use, the unit is already there, the only thing that would have been different is that there would have actually been people employed and working and living in it. Better a live centre than a dead building. The bricks and mortar are still standing there either way. And the unit already has permission for a hotel to operate. What is the difference between a nursing home and a hotel that has proved so insurmountable?” James fumed.

“As for the flooding issues mentioned by An Bord Pleanála, these are legacy issues which Kildare County Council spent half a million fixing two years ago replacing the culvert that had caused all the damage. That work is done now and dusted and should not be an impediment to this activity. The council have even guaranteed that work in writing” James outlined.

“Whilst there are some unconnected surface water issues, relating to the attenuation tanks, that could have been covered off via a condition of planning. This development would provided jobs to the local economy, in construction and then sustainable employment when the home was up and operating. It would have generated local business in terms of visitors and the operation of the centre itself. It would have been a great step towards fulfilling the potential of the development which has yet to be fully realised. The council need to engage pro-actively with the management company here and attempt to progress this development. Refusing the change of use is a short-sighted and regressive step which will have a cost to the local economy. The council need to get their act together and start seeing the wood for the trees. Do they want live centres generating employment and rates or do they want to create ghost towns?” James slammed.