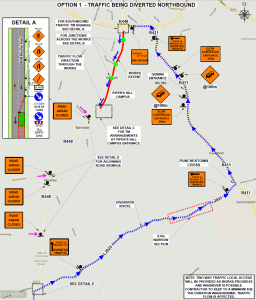 Following various conversations with residents and other concerned parties over last few days I discussed these proposals with council officials again and this is the current situation as regards the Kilcullen Road works and detour:

None of this is perfect but I hope that makes it clearer at least. I understand a deputation from the three residents committees met with council officials this morning also and I understand that also helped to explain what is proposed. I hope the Rathasker route provides a more workable option for local traffic but we will see how next week goes.