I’ve spent a bit of time in Johnstown over the past while, meeting and talking with residents and I’ve itemised below a few of the things I’ve been working on. 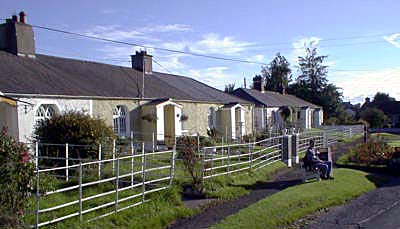 Flooding
The village has suffered chronic flooding in recent years and the last few Summers haven’t helped. I looked into this last year and a meeting ocurred between the council and the OPW (Office public works) last Autumn. A consultants report followed and I understand next steps are for KCC to meet with the Johnstown Community Association and to then engage in wider public consultation. I was in the council chamber the other day and the director of services paid particular praise to one man (unnamed), a Kill native, who apparently gave them a tour of the subterranean landscape and was a font of extremly helpful local knowledge. Once the works are documented and agreed, I understand that funding shouldn’t be a problem.

Transport and Traffic
The bus stop in Johnstown is badly positioned, also the old shelter was never replaced. I raised this with Bus Eireann and also that the parking spaces at bus stop are badly located and when occupied can cause difficulties for buses pulling in and out. They agreed with me on all counts but advised that they no longer erect shelters and that is now the responsibility of the council or in a high traffic area an advertising company may oblige (unlikely to work here as the motorway traffic cannot see the shelter so not enough advertising interest). I have raised these issues to the county council along with a number of local traffic and signage issues.

Old Garden Centre
I’ve said before, and it remains my strong view, that the former garden centre site provides an amenity opportunity for the village centre, in the form of a park, playground or other community facility. I contacted the NRA and Kildare County Council on this last year and whilst the initial plan was standard site disposal I understood that was open to review. Johnstown Community Association has developed detailed plans for a community facility at this site of which I am very supportive. This site would appear an excellent location for such a facility.

Johnstown Area Plan
The Johnstown area plan is currently up for renewal and a draft plan should go on display later this year. I made a pre-draft submission last November which covered the Garden Centre site, traffic issues, amenity provision, flooding, education and sporting facilities which can all be seen here.