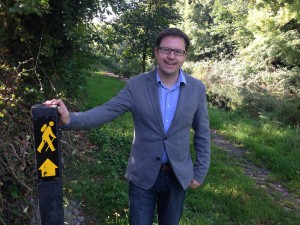 It is welcomed that progress on the greenway proposed for the Grand Canal has been made. The greenway will go from Spencer Dock and includes the Kildare portion of the route including Hazelhatch and Sallins.

This project is something I first raised at council level while serving on Kildare County Council. Since then I have repeatedly brought this up in the Dáil. I have also set up an action committee consisting of Cllr. Ed O’Brien from Dublin, Cllr. Carmel Kelly from Sallins and Tidy Towns volunteers from Naas and Hazelhatch. This committee has worked hard to put the spot light on this on project.

There is massive potential for a growth in tourism for Celbridge, and the Sallins and Naas areas when the greenway is developed. We have seen success in Sallins with Ger Loughlin’s barge tours and a boom in restaurants and cafés in the village on the back of this. Bringing in a developed greenway will only strengthen the tourism industry in Kildare.

I understand Waterways Ireland, in conjunction with local authorities including Kildare, are now preparing a bid for funding from central government.  I look forward to working with my colleagues on the committee, in Kildare County Council, and in Dáil Éireann to ensure this project is delivered.