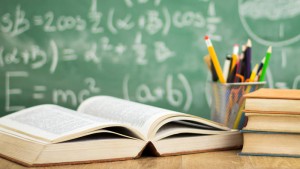 The Government’s policy on third level education is failing after the latest global university rankings show that no Irish university is listed in the top 100 worldwide.

This latest news is worrying but comes as little surprise considering the lack of investment by Fine Gael in third level education over the last seven years. There is clearly a funding and leadership crisis in our third level sector that the Government has failed to get to grips with.

The latest information show that almost all of our third level institutions have slid down the global rankings list. The Government claims time and time again that they want to build a smart economy. However it’s approach to dealing with the third level sector as at odds with this commitment considering higher education is the foundation of a smart economy.

The Government has also failed to adequately increase funding for the Program for Research in Third Level Institutions (PRTLI) fund. €14m was allocated in 2017, at a time when the economy is supposedly recovering, but in 2010 €359m was allocated to the fund. How can we expect to remain competitive in the research and development sector if the Government continues to underfund vital research programs?

The Irish Research Council and Humanities budgets have been repeatedly slashed. Ultimately there is no dedicated Minister to account for these decisions or lead the sector as the Department of Education and Department of Business, Enterprise and Innovation all influence policy with no real cohesion.

Research funding is about half the EU average and the Government has given no indication that they plan to do anything about any of this. The slide down the rankings looks set to continue given the Government inaction on issues facing the third level sector.