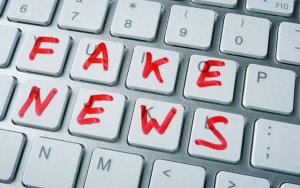 The decision taken by Google to ban adverts relating to the referendum campaign on its Google Adwords platform is a positive development, but has come far too late in the campaign.

It’s becoming apparent that technology companies such as Google are becoming increasingly aware of the damaging impact that fake news, facilitated by their advertising platforms, is having on our democratic process.

In recent years fake news has had a corrosive impact on the Brexit referendum campaign in the UK, the presidential elections in the US and in recent weeks we have seen this murky tactic being employed by unknown forces in our own referendum campaign.

Fake news has now become a reality and it’s clear that we as legislators need to take action to protect our democratic process, in the same way that steps were taken in the past to regulate political advertising on traditional forms of print and broadcast media. The Government needs to urgently introduce new measures to promote transparency on social media by regulating political advertising and tackling fake news.

The decision taken by Google today, and that taken by Facebook yesterday, is a positive development but comes far too late in the day. Fake news has already had a corrosive impact on the referendum debate on social media. This is alarming when you consider a growing number of people solely rely on social media to consume news and shape their decision making process when it comes to elections and referenda.

The decision to take action to tackle fake news and promote transparency with political advertising must not be left with the internet and social media giants. The Bill I brought forward will bring about the necessary regulation to promote transparency. The Government has signalled its intention in accepting this Bill, but they have been far too slow to act on this to date. They have dithered and in the meantime our democratic process has suffered.

The Government need to wake up and tackle this issue with a sense of urgency.