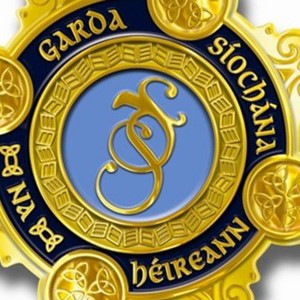 Comments made by Minister for Justice Francis Fitzgerald are unacceptable after she has completely ruled out the reopening of rural Garda stations closed by Fine Gael and Labour over the last five years. The closure of rural Garda stations in Kildare, coupled with cutbacks to Garda resources, has coincided with a spike in rural crime in the county. This is something I’ve highlighted over the past 5 years on numerous occasions.

It’s astonishing to see the Justice Minister completely rule out any reopening of rural Garda stations closed by Fine Gael and Labour over the last five years. These station closures have had a significant negative impact on the operational capability of the Gardai. It has removed Gardai from many communities across Ireland and has made it easier for criminals to target homes and businesses in rural Ireland.

Here in Kildare the Garda stations in Kill and Ballymore Eustace were closed by the Government in 2013. These closures have made it more difficult for Gardai to adequately police these areas. Leixlip Garda station now has the worst crime detection rate in the entire country, and this is likely because officers based in the station have to cover a wide area including rural North-West Kildare.

People on the ground are well aware of the impact of these Garda station closures. They are serious concerns about growing rates of rural crime as opportunistic criminals take advantage of the reduced Garda presence on the ground. Gardai are doing a great job under very difficult circumstances, but Government cutbacks are making matters worse on the ground.

The trend for burglaries in the Kildare Garda Division is on the rise. In the first nine months of 2014 there were 926 burglaries reported in the division, but in the same period of time in 2015 this figure had surged to 1035. I’ve held a number of public meetings on crime awareness in Johnstownbridge, Prosperous and Kill and have also worked on text alert schemes to help protect communities, but these schemes need to be backed up by a strong Garda presence on the ground.

The fact is that since 139 Garda stations were closed by Fine Gael, burglaries and other crimes have soared around the country. Dismantling the community Garda infrastructure in this country was a short-sighted and dangerous decision. It saved virtually no money and removed Gardaí from communities across the country. The sooner Fine Gael accepts this mistake, the sooner we can have a proper discussion about how to try and fix it,” said Cllr Lawless.