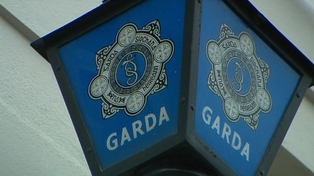 I was delighted to host a very productive meeting last Tuesday night in the Dew Drop Inn, Kill, to discuss the fallout from the planned closure of Kill Garda Station and neighbouring stations along the Kildare / Wicklow border. I organised the meeting because I have major concerns that the government is taking away Garda resources at a time when commuter belt crime levels are clearly on the increase. People needed real reassurances that they will not be left high and dry. The government are closing stations at Kill, Ballymore Eustace, Hollywood, Donard and Ballitore which to my mind leaves a whole belt of territory wide open and vulnerable to attack.

The meeting drew a crowd of about 50 locals and guest speakers were Niall Collins TD, Fianna Fáil spokesman on justice and Jim Brady, a Newbridge based home security expert. Representatives from Kill Tidy Towns and most of the estates in the village also were in attendance at the meeting.

Fianna Fáil party policy remains very much against these closures and as said, I am not convinced at all of the rationale behind these closures, we have heard figures as low as 2,500 euro a year to keep Kill station open, yet the government seem intent on dismantling the garda network here and elsewhere across the country. It’s quite stark when the Garda Representative Association have had to raise their concerns about a running down of the force.

I do think it’s very important however, that there is a need to more than just bang the table, but rather to work with the local community to find solutions also. One very productive action from the meeting was that we would setup a community alert scheme in the village. That process is now in train and everyone signed up on the night. McGreal’s pharmacy kindly agreed to host a signup sheet and I would invite anyone with an interest in these matters to drop in and leave their name and details and get involved or people can contact me directly using this link if they want to get involved.

I will be scheduling a second, follow up meeting, over the next couple of weeks to get the alert scheme off the ground and I am also in ongoing contact with Superintendent Pat Mangan in Naas station on these issues in Kill and surrounds.