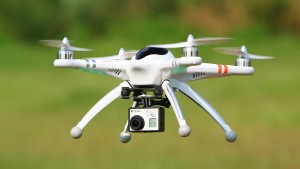 I was delighted to introduce my second Bill at first stage in the Dáil yesterday. The Small Unmanned Aircraft (Drones) Bill 2017, which you can read in full here, aims to legislate for the use of Drones. You can also read the transcript of my speech introducing the Bill here. I have met many organisations, hobbyists and other stakeholders to ensure the Bill provides safety and best practices without taking away the enjoyment of Drone use.

There are multiple motivations behind this Bill. As Fianna Fáil’s spokesperson on technology, I try to stay on top of emerging trends in the industry and sector that may require support or a greater statutory framework. The value of the drones industry has seen exponential growth of late. It is estimated to grow to a worldwide figure of approximately $127 billion by 2020. Growth in Ireland is as significant as anywhere else in the world. Like any new technology, it offers great opportunities and poses great challenges. Drones are used in search-and-rescue operations, the transportation of medicines to remote areas, environmental surveying, thermal imaging, geological and agricultural surveying, photography and video. Their uses are as plentiful as one can imagine. As part of the automation of industry it is now possible to carry out jobs that were once time and labour-intensive with drones. Where once it might have taken several hundred men to survey a plot or quarry or to conduct a search and rescue operation those jobs can now be done by a drone with thermal imaging in a matter of hours, at a fraction of the cost and manpower.

In Ireland, Intel recently acquired Movidius, which manufactures hardware which has applications in drone cameras. Huge global companies are at play in this market. Within the National University of Ireland Maynooth, there is a drone technology incubation hub. There has been rapid growth in the commercial and hobbyist areas in Ireland, with multiple flight schools instructing people in the use of drones and drone piloting. There is an emerging industry among people who operate on behalf of State agencies, Departments and commercial enterprises. They are well qualified to conduct surveys. The hobbyist sector is also on the rise. In light of their increasing affordability, these devices now appear everywhere – from children’s Santa lists to Smyths Toys on every main street. They have become a very accessible albeit sophisticated toy.

All of this is to be welcomed. There is, however, also a need to survey the industry and the existing regulatory framework to ensure that any gaps are filled and that appropriate support and regulation are provided.

The Bill seeks to introduce a licensing regime. While there is already a licensing regime of sorts in place with the Irish Aviation Authority, or IAA, the Bill seeks to place matters on a statutory footing while balancing the needs of small hobbyist users with those of heavy duty commercial users. The Bill seeks to provide that the categorisation of users will be a matter for the IAA as the lead authority in this area. Licensing requirements could be as simple as educational information provided by way of a leaflet in the box when one buys a drone or as complex as a multi-week training programme at one of the flight schools around the country on a needs basis. Again, the IAA would be the lead authority to make these calls.

The issue of insurance arises as the possibility of collision with property or persons is always a live one. Criminality is also an issue as drones unfortunately lend themselves to criminal activities of surveillance and digital capture. Emerging data protection and privacy concerns also arise. As we are all aware from a debate in the House last week, the commencement date for the general data protection regulation is fast approaching. It is important that Ireland’s legislation is ahead of the curve in this regard. The intention behind the Bill is to strengthen the regulatory framework, placing relevant measures on a statutory footing and recognising the industry and its practices.

There are also measures in the Bill to support research and development in the sector and to identify certain areas which would be suitable for testing. It also seeks to attract investment by way of FDI or from existing companies and global giants. Ireland is unique in its landscape and climate. We have mountains, coasts, railway lines and power cables, all of which factors are used by drone manufacturers for testing. We have them all within single counties in many cases. The Bill is intended to support the industry and recreational users in granting access to local authority parks and other designated areas. It is both to support and to regulate, recognising that this is a growing sector which needs attention from the Government and the Oireachtas. I would welcome any proposals to amend and improve the Bill as it passes through the Houses. This is the first step on what I hope will be a journey through the different Stages and I am very open to comment and feedback as we go on.