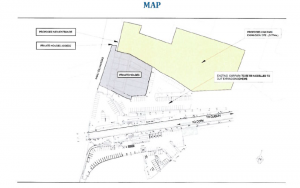 270 new car park spaces are incoming for a significant extension of the car park at Sallins and Naas train station. The new car park will be located on the Sallins side of the tracks in what is known locally as the parish field.

The extension is badly needed and something I have been seeking for years including many debates with the Minister for Transport. The extension became all the more urgent after I secured an extension of the leap card zone to Sallins along with the Phoenix park tunnel allowing services direct to city centre. These improvements saw a massive increase in usage of the station. A much better service but much greater demand as a result.

The 270 news spaces come at a cost of €2 million. Work starts immediately but between tender, contact, design and build it is expected to be Q1 or Q2 of 2020 by completion. Right now there are designers working on the car park plans and preplanning has begun with Kildare County Council. It is expected that a planning application will be submitted to the council later this year.