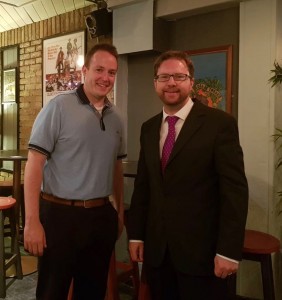 A huge credit to Kill Community Alert Group who hosted a crime prevention meeting last night.  The presentations on home security and general policing in the area were very informative. The Gardai and the local community are doing their very best with scarce resources.

I personally believe it was a mistake by the government to close over 100 stations at the stroke of a pen in 2013. Five of those stations were in the Kildare and West Wicklow area which has been left exposed since. The total savings across all 100 plus stations only amounted to 2.5 million which is a drop in the ocean of the Justice budget.

If in government Fianna Fáil will not promise to open specific stations but we will commit to a thorough review of policing resources and cover in each area on a case by case basis. I think there is also an argument for reviewing jurisdictional boundaries, for example a Garda car from Rathcoole or Blessington should be able to respond to an incident in Kill or Kilteel if it is close at the time, rather than being stuck rigidly to the ward boundaries and the same principle holds true all around the country. I have made this case to Minister Flanagan in the Dail before, to allow more district overlaps.

The Bail laws also need to be greatly strengthened, we are all sick of the revolving door where multiple repeat offenders come out of court and do it all again. Fianna Fáil have introduced legislation to tighten this but it is opposed by government. The presumption of innocence is an important constitutional principle but so is protection of the home and the person and a balance must be struck.

We have improved slightly in recent years but we are still toward the bottom of the national league table in terms of Garda numbers. We need a big boost to recover from the low point we reached. The government need to invest in Kildare in every sense and stop us being the forgotten county.