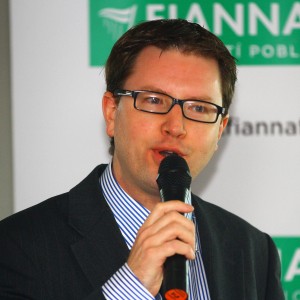 I spoke recently at a Transport Policy Conference in Clane organised by Kildare North Fianna Fáil and chaired by Timmy Dooley TD. One of the key points I made was calling on the Government to restart capital funding for transport infrastructure projects. Commuters will have noticed that at train stations across Kildare North there are increased passenger volumes. For instance, Maynooth station was recently listed in the top 10 busiest stations in Ireland.

Investing in train line infrastructure and rolling stock is important now as the economy starts to recover and public transport needs to remain a viable choice for residents across Kildare North, so many of whom commute to Dublin for work and study. This is a policy area I’ve been vocal on for years. This Government, and future ones, must give a commitment to investing in transport infrastructure.

With busy and growing train stations at Maynooth, Kilcock, two in Leixlip, Sallins & Naas, and Hazelhatch & Celbridge, Kildare North is at the heart of rail commuting in Ireland. In fact the stats show we are essentially a continuation of the Greater Dublin Area from a public transport perspective with huge numbers commuting daily in and out of north Kildare.

There was huge capital investment in public transport under the previous FF-led governments, however the recession saw cut backs in this area and many vital projects stalled. With the cost of state borrowing now at an historic low and with the economy coming out of recession, now is a great opportunity to re-start capital expenditure in transport infrastructure. As the economy continues to recover, demand will increase again and now is the time to invest in our lines and service levels. There is also a great jobs dividend on all capital projects and great economic stimulus created from this kind of capital investment.

A quick fix for commuters would be to invest in new rolling stock on busy routes. This would also attract new users to public transport if capacity was increased. Furthermore, the expansion of Maynooth University will bring increased passenger numbers and demand onto the rail lines across the north of the county.

In addition to increasing capacity on Kildare commuter lines, we must continue to develop connectivity across the Greater Dublin Area. This means investing in critical infrastructure projects such as the Dublin Interconnector and Metro North. The plans are all there and the engineering done, we just need investment to restart them.

You can see the full text of my presentation at : FF_Transport_Conference.