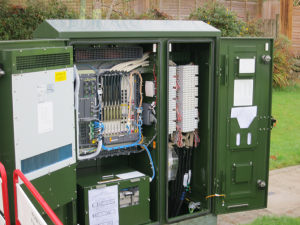 I have ask for a progress report on the implementation of the National Broadband Plan and the Rural Broadband Scheme in County Kildare. So far there seems to be little evidence on the ground of any significant progress with these schemes and large areas of the county remain without access to a quality broadband service.

This is something I have been campaigning for locally for many years. The National Broadband Plan, published by the Minister for Communications Pat Rabbitte in 2012, promised to ensure that high speed broadband was available to people all over the country. But so far it has not delivered. Kildare is being left far behind and many communities still don’t have access to a decent broadband service.

People across Kildare who are still without broadband access are wondering what has happened to the Government’s promises. The Minister refused to provide any real update when the issue was raised with him by Fianna Fáil. He just outlined what the scheme aims to achieve rather than what it has already managed to achieve.

There has been a 75% increase in internet usage across the country in the last year due to the use of smart phones and tablets. This has led to a much greater demand for a quality broadband service. If local businesses want to expand, they must have access to reliable broadband. Kildare was already lagged behind other counties in relation to broadband service before this plan was even announced, and I do not want to see the county ignored again.

I am calling on Minister Rabbitte to compile a report on the progress that has been made on delivering quality broadband to all parts of Co Kildare. The Minister has done a lot of talking about this but it’s made little difference on the ground here. We need real action to address the digital divide between urban and rural communities. The Government needs to realise that reliable broadband is no longer a luxury – it’s a necessity.