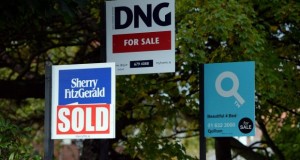 The Government needs to prioritise refurbishing vacant units to boost the supply of available accommodation to help tackle the homeless crisis in Kildare.

The publication of latest available figures which reveal a 50% increase in the number of people who are homeless between December 2015 and December 2016. There are currently 4,643 adults registered as homeless along with 1,205 homeless families including 2,505 children.

Kildare is one of the highest county’s in the East on the list, excluding Dublin, with 107 people presenting as homeless in the week before Christmas.

Minister Coveney needs to show a greater commitment to implementing meaningful policies that will impact the dysfunctional housing market. The priority must be focused on returning vacant spaces back into use as accommodation. For example, there are an estimated 4,000 vacant units in Dublin City alone that could be refurbished or converted to use as housing for both social, affordable and private housing.

Data from the 2016 Census shows that are almost 260,000 homes vacant right across the country. This represents 15% of the total housing stock which demonstrates the sheer dysfunctionality of our housing market. The Government needs to examine ways of returning some of these vacant properties to the accommodation market to help tackle the housing crisis.

It is worrying that Minister Coveney appears almost unaware of the scale of the vacant housing problem affecting the country. The ‘natural’ vacant rate in urban areas usually stands at 5%. However, this figure ranges between 10 – 15% in Dublin, Galway, Waterford and Carlow. It again demonstrates how dysfunctional the housing market currently is.

We need a suite of policy measures to reduce the vacancy rate in these areas to help tackle the homeless crisis. For example, the current backlog in the Probate System is resulting in many houses sitting idle for years before they can be used or sold on. This is something which can be easily resolved if the Government has the will to deal with this problem.

When on Kildare County Council I formed a derelict sites task force. This was set up to form a register of derelict sites with a view to renovating them to bring them back into use for housing, businesses, etc. Disappointingly this task force hasn’t continued with the vigour I had hope since I left the council and elected to the Dáil. The Government ought to look at similar policies on a national level as there are many factors as to how houses can become derelict.

Many houses that are vacated by an elderly parent are left empty for years. Often this is because their children do not wish to sell the property outright nor can they afford the costs of refurbishing the house to use it as a rental unit.

Fianna Fáil have proposed the introduction of an Empty Property Grant Scheme to encourage owners to lease properties to Approved Housing Bodies (AHB) or rent directly to tenants nominated by Local Authorities on long-term leases. In return AHB’s and Local Authorities would refinance the full or partial costs of refurbishment. Similar schemes exist in the United Kingdom and could be introduced on a pilot basis in local authorities which have high vacancy rates.